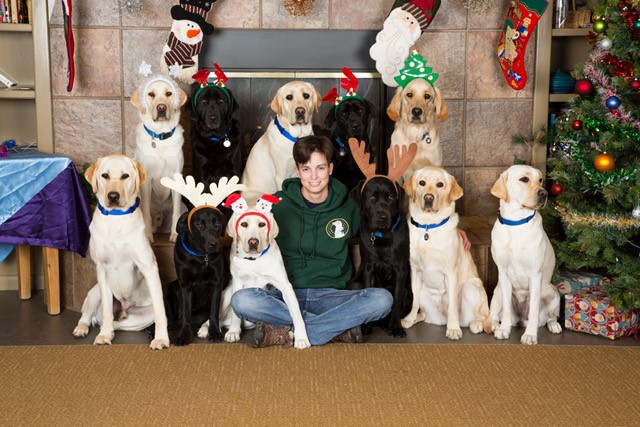 Chelsey was born and raised in Santa Barbara, California (but we won’t hold that against her) but calls Montana home. She graduated from Montana State University and was commissioned as an intelligence officer in the United States Army in 2009. Chelsey deployed to Afghanistan in 2011-2012. While she initially intended to make the military a career, she was completely changed by her experiences in Afghanistan. Chelsey subsequently made the tough decision to leave the Army.

Once a civilian she began working with Canine Companions for Independence in Santa Rosa, CA. She went through their apprentice dog training program and became a certified service dog instructor through Assistance Dogs International in 2017. Chelsey has spent the last five years training service dogs for veterans and helped get Canine Companions’ PTSD service dog program up and running. She also serves as the Veteran Programs Specialist and supports veterans’ programs across the country.

In her free time Chelsey enjoys mountaineering, backpacking, and climbing. Chelsey and her husband hiked the Continental Divide Trail this past summer and they spent as much time as humanly possible in the backcountry. Chelsey is also a volunteer Peer Support Specialist for Wounded Warrior Project in Missoula. She is very excited to be working with Dog Tag Buddies and helping her fellow Montana veterans.

Tomahawk had his first public outing today at Targ

Training service dogs is a lot of work and begins

Tomahawk aka Hawk is working on his skills, specif